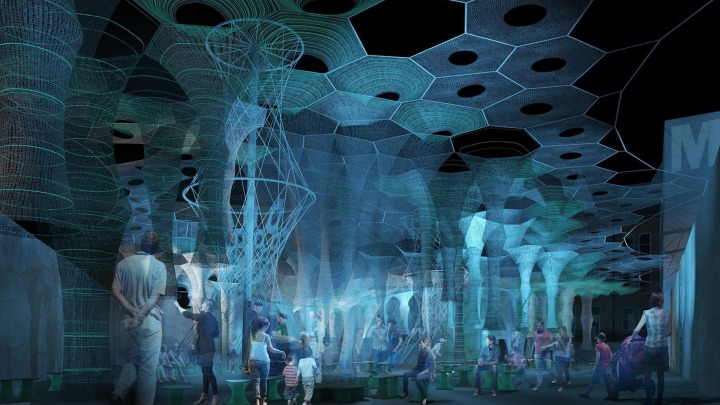 Jenny Sabin and her team have proposed an architectural canopy  constructed from robotic-knitted, photoluminescent tubular textile structures that absorb sunlight in the day and emit light at night.

Looks like an evolution from her work with Nike and their Flyknit technology:

The project named Lumen will be installed in the courtyard of New York gallery MoMA PS1 at the end of June and remain in place throughout the summer to host the gallery’s Warm Up music series.

Responding to a brief to create a sustainable shelter, Sabin has developed a canopy made from recycled photoluminescent textiles that will collect solar energy to produce light.

The shelter will be supported by tubular structures made from a lightweight knitted fabric.