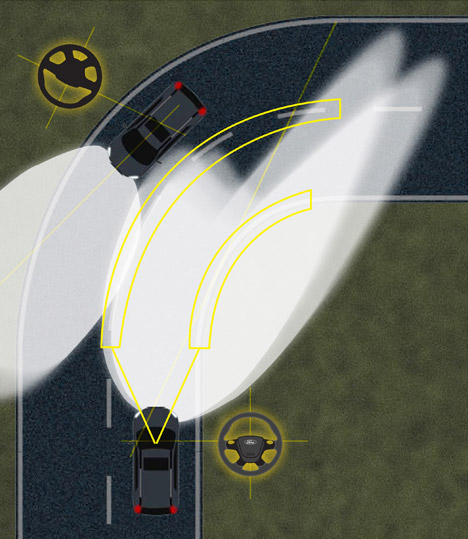 Ford has designed a headlight system that uses an infrared camera on the front of a vehicle to detect the heat emitted from nearby pedestrians, cyclists and animals in poor visibility.In response, the car shines a spotlight on the potential hazard, which is also flagged up on a dashboard screen display.

It looks like an impressive glimpse into the future of where camera-based control systems can take lighting controls.

However, in my humble opinion, if the car is smart and fast enough to recognize me as a pedestrian and that I’m in danger of being hit, I would rather the car hit the breaks automatically to prevent my injury, rather than just shining a feakin’ light on me in the hopes that the idiot driving will react fast enough to swerve!