Dupont, with their Corian line, has seemingly done more in the past few years to promote creative new approaches to lighting than any of the major lighting conglomerates.

Corian has a few major advantages:  Its malleability allows it to be formed in a myriad of shapes and continuous surfaces; its durability and repairability allow it to be used a primary finished surface; and its translucency allows designers to integrate lighting features seamlessly into surfaces. 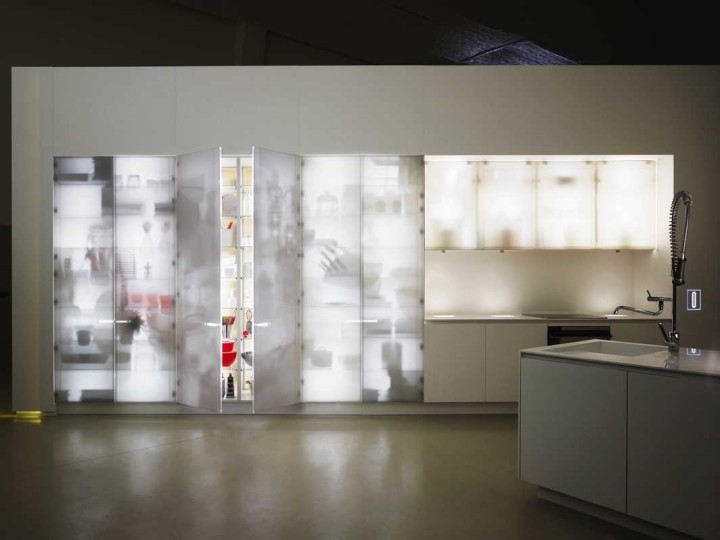 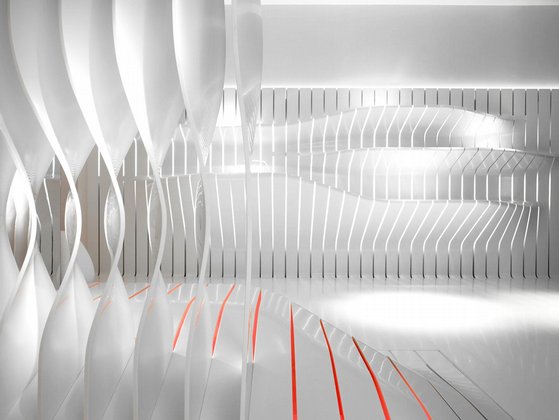 Evans & Paul are a New York based fabricator specializing in Corian installations.  The portfolio section of their site contains some amazing projects.

The Elie Tahari store in Beverly Hills features a 600 sf seamless, back lit wall surface fabricated by Evans and Paul.  The panels were cut with a cnc-router to different depths to create the various translucent patterns (see process shot below).

Corian even works at an urban scale:  The Seekoo Hotel in Bordeaux, France uses Corian as an exterior architectural cladding system. 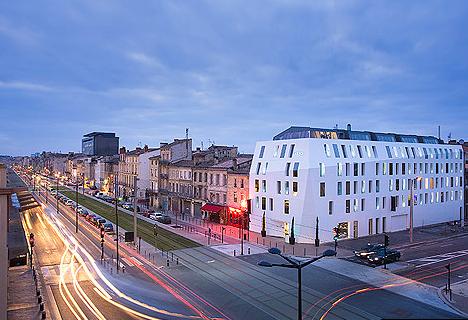 The Seekoo’s signage is simply shallow lettering cut into the back of the panel and illuminated from  behind.  Integrating a concealed system of low-res LED pixels behind translucent Corian is an obvious next step.

For a parting image, here’s a simple internally illuminated vanity from Dupont’s website: 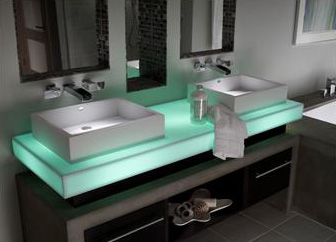 Of course, the difficulty is that to achieve all of the wonderful effects shown above, designers are stuck using traditional lighting fixtures hidden behind the surfaces.  Creating new lighting systems that work well with integral wall surfaces is an open area awaiting innovation.

Corian even works at an urbanscale: