Fashion house Balenciaga recently had a phenomenal catwalk staging, a rather intimate LED tunnel that was used for some incredible visual effects.  Designed by Canadian filmaker Jon Rafman, the LED panels were supplied by Shenzen-based InfiLED.  Unfortunately I can’t find the real specs about the pixel pitch, but it definitively looks tight.

I would just like to pause a second and highlight an image I made in 1999 for a design studio project at Harvard’s Graduate School of Design, with Sheila Kennedy leading the studio.  At that time, I forecast that at some point in the future, we would see media displays integrated into the surfaces that surround us, and it would fundamentally change how architects considered “space”.  I forecast a flexible, almost cloth-like video fabric – we’re not quite there yet, but ooooooohhhhh…..we’re getting SO CLOSE!  Here’s my model image…I shot this at the time by shooting a 35mm slide projector through my model (clear acrylic + white nylon).  Of course, I shot this image on 35mm slide Kodachrome.  Then after I got that slide from the photomat, I scanned it in a slide scanner (remember those???), took it into Photoshop 4.0 and added the faux pixelation effects.  That shows you how long ago this was! 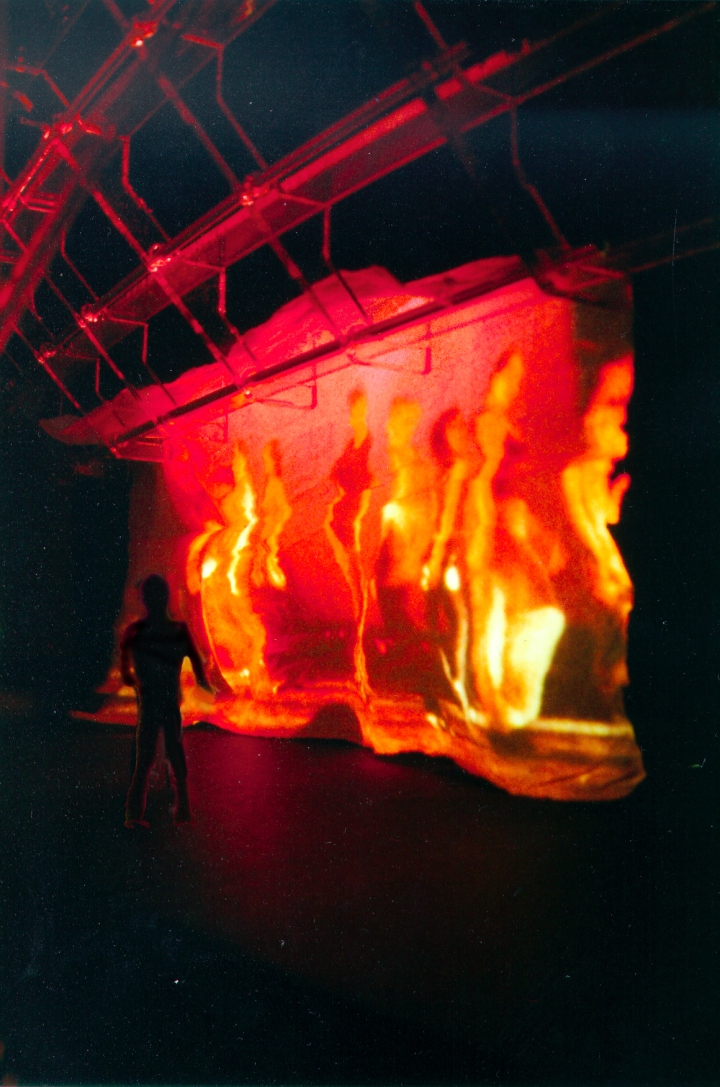