UPDATE: MondoARC edited out the “world record” claim.  Thanks MondoARC!

In a recent post on MondoARC, Pulsar Lighting claimed to have a world record for longest LED installation:

The company believes this to be a World first with Pulsar holding a World Record for the “Longest Lasting LED Installation.”

Ummmm…that’s really great to see that example of durability, but I believe their “World Record” claim is wrong.  Color Kinetics has the Detroit Airport installation dating to 2001 that hit 100k hours over 4 years ago already! 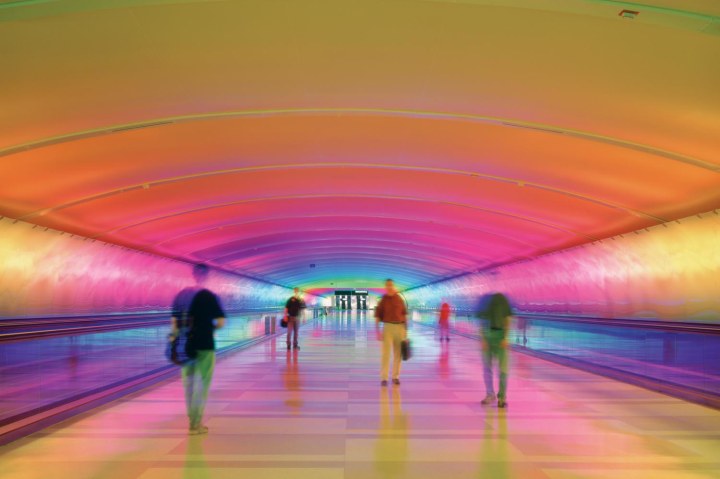 Philips Color Kinetics LED lighting proved to be the right choice: As of April 2012, the fixtures have been operational 24 hours a day for approximately eleven and a half years, or about 100,000 hours of uninterrupted use — and they’re still going strong.

And the CK gear at Detroit actually includes two very different fixture types:  The iconic Colorblast 12 outdoor rated flood lights and the original iColor Cove interior cove strips, both of which set new paradigms for what are now common LED fixture styles.  Unless its been changed out since 2012, that gear is now hitting 130,000 hours of run time.

I’m guessing that CK probably has a few other installations pushing over the 100k mark, but I’m not sure how to prove that…very few installations run 24/7, but even running fewer hours a day, there might be some gear in the 100k club.