Aurora Lighting is launching a new independent startup called Gooee that is focused on creating an “Internet of Things” platform solution for lighting systems.

I’m most impressed by the recent presentation from Aurora’s CMO Neil Salt at the 2015 Smart Lighting Conference:

Aurora is clearly making big investments in both time and money to try to figure out what a next-gen “smart” lighting system will cost.  Developing their own power and communications ICs is most impressive – Salt mentioned that developing such a component takes about a £1m and over a year to complete, plus commitments to huge minimum order quantities.

Two things really strike me about Aurora’s approach: First, they’ve miniaturized a complete smart lighting driver down to a few components, which I’ve been preaching for the past couple years as a critical advance.  With just two small IC’s, they’ve got an LED driver, intelligence, memory, communications and sensing.  Second, they’re not betting on any one communication standard, building their lighting components to support both power-line carrier and Zigbee communications, while their hub is designed to exchange a large range of standards, from Zigbee to WIFI to DMX.

They’re preaching openness and standards, which is good.  But to me, it still smells like “openness as long as we are the standard”, which means it isn’t any more open then any other lighting control system.  Every lighting company is either launching a IP-based system like this or has ambitions to, and in the end, without industry-wide open standards, it still leaves an integration mess on a construction site.

Nevertheless, Aurora is off to a promising start.

Here is a screen capture of their intro pitch for posterity: 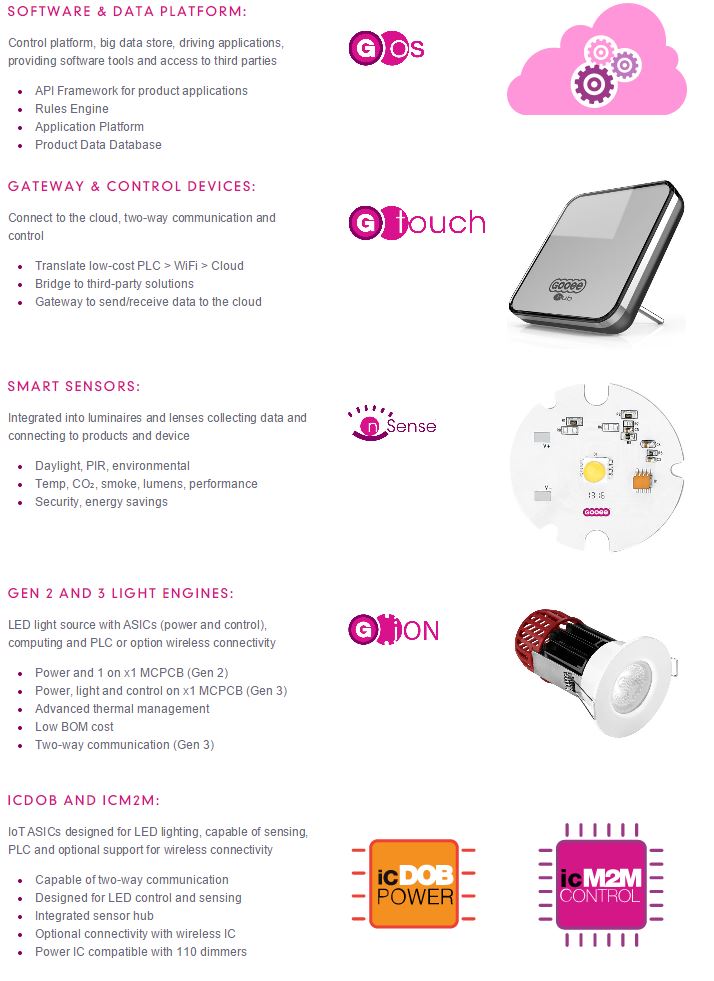