Via DesignBoom.  A sculptural ceiling installation that is back-lit with RGB LED to create dramatic effects as the light escapes the cracks between the panels.  Great installation, but it looks like it was accomplished via tedious on-site assembly — a huge labor effort.

New York City’s SOFTlab was commissioned by Rise Nation in West Hollywood to produce a permanent installation. The client, a climbing conditioning studio founded by celebrity trainer Jason Walsh, wanted something to aid with his high-impact fitness regiments. SOFTlab accomplished the task by extending the workout soundtrack into an immersive spatial environment. The result is a sculptural ceiling panel that functions on two levels. when the lights are on, the irregular surface invokes the feeling of being under a rocky terrain. Then, when the workout begins, the panel comes alive using LEDs to electrify the space. Precise gaps allow the reflected light from the LEDs to pass through in irregular ways creating an animated surface programmed to accompany different soundtracks played during workouts. 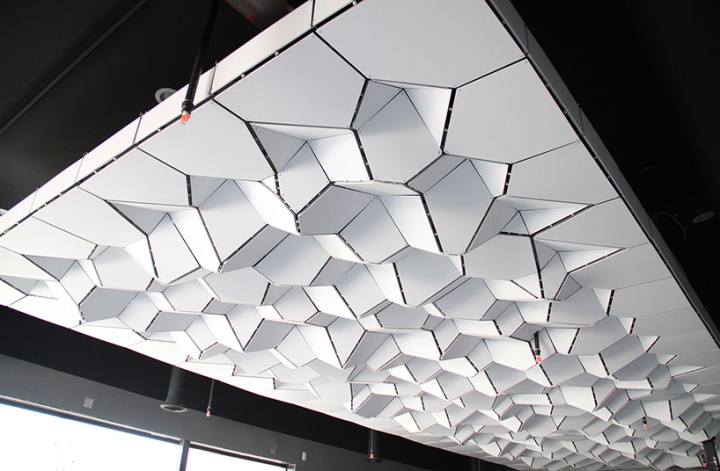 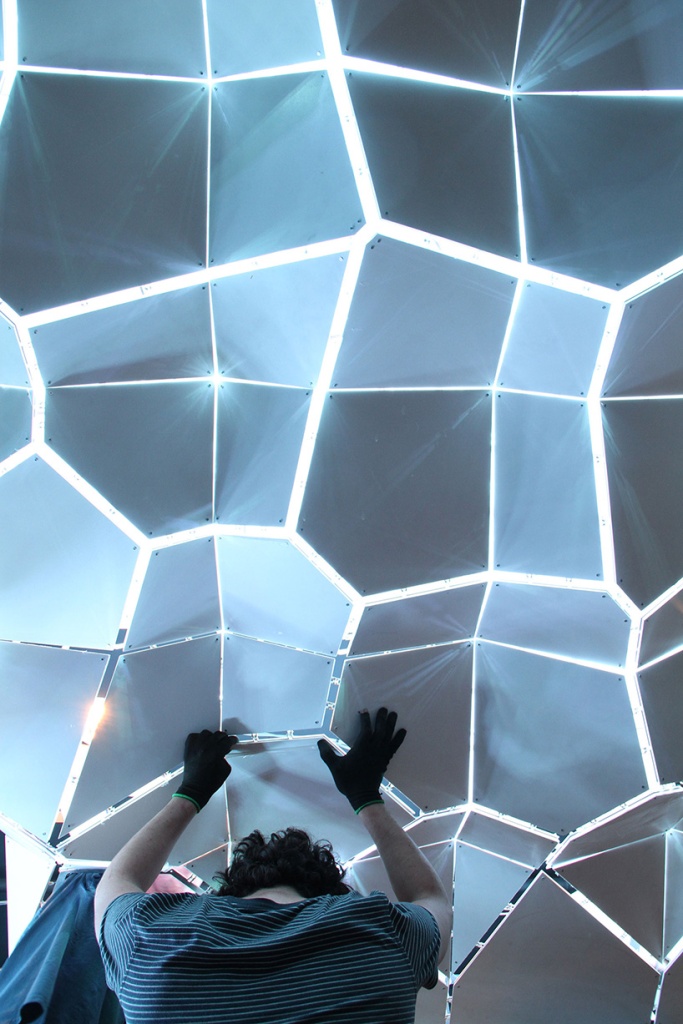