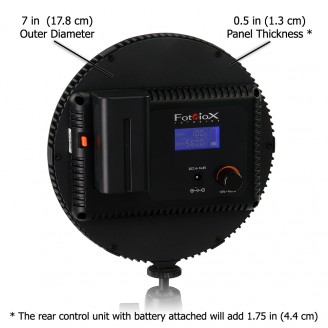 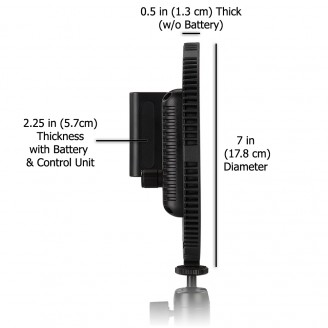 I love seeing the impact of various LED technologies on different applications.  Edge lighting of light guides has been around for decades, but now combined with ultra-small and ultra-cheap mid-power LED packages, a range of new capabilities is emerging.  I came across a great example of this in the photography world, where a company called Fotodiox recently released some nice edge-lit and very shallow studio lights in a range of shapes.

According to their site:

Instead of forward-facing LEDs like in a conventional panel, the FlapJack’s LEDs are mounted around the outer edge, aimed inward at layers of diffusion material. Instead of a direct beam, the FlapJack’s bounced light approach produces a soft, even glow with no hotspots. It’s perfect for filling in shadows, or using as a glamor light. All of this within an elegant form factor – less than 1/2″ at its thinnest point.

The internally bounced light is easier on the eyes – your subject can look directly toward the light with no discomfort. Hide a FlapJack in a lamp to mimic an on-set practical light, or take advantage of the compact size to light up cramped spaces; like a car interior or an office cubicle. The Flapjack is also perfect for tabletop food or product photography. Enjoy the look of a big soft light without melting your subject! 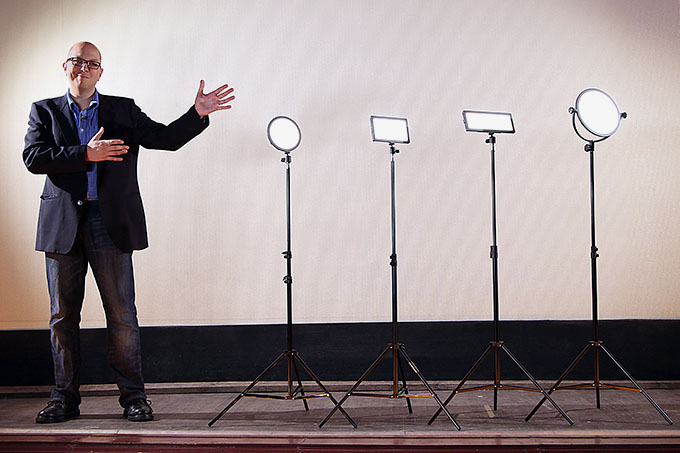